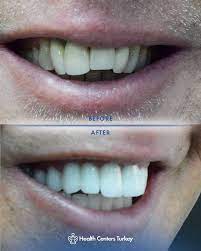 Whether to visit a Health Centers Turkey or not depends on how you decide to pay for healthcare. The Turkish government’s Health Transformation Programme (HCT) is one example of how the country’s healthcare system is being transformed. The article will explore the health care system’s reforms and the costs involved. We’ll also discuss how access to health care is affected by the changes. Health care is a major concern for expats living abroad, but thankfully, there are some benefits of doing so.

The Health Transformation Programme (HTP) at Health Centres Turkey has been a model for similar reforms across the world. Since 2003, the Ministry of Health has been implementing new policies to improve health care delivery. These reforms were dubbed the Health Transformation Programme (HTP) and sought to address key problems through structural change programs. But despite the success of the reforms, there is still room for improvement.

Nevertheless, the implementation of the HTP is a success story in many respects, and the results so far are encouraging. The results from the implementation process indicate that the program is working for patients. It is important to note that the results are not yet statistically significant. However, it is still important to monitor how well the transformation is working for patients. In addition, research will help determine whether the changes in health care are affecting the health of specific groups of society.

Since 2008, Turkey has implemented several reforms to its healthcare system. These changes have mainly focused on improving financial policies and organizing the health system. In 2008, the Green Card Program was implemented, bringing together various state health insurance schemes and extending them to all citizens. It also made healthcare free for those under 18 years old. In addition, increased government remunerations for physicians encouraged them to switch from private practice to public practice. Currently, most physicians are government-employed contract employees.

The country’s health system is rife with inefficiencies, widespread dissatisfaction, and poor outcomes. Among other things, the infant mortality rate in 1990 was 26 per thousand live births, and less than two-thirds of the population was covered by health insurance. This created a situation where access to healthcare was uneven and disparate among population groups. To address this problem, the Turkish government implemented the Health Transformation Program with support from the World Bank Group. Its aim was to provide universal access to health care, improve the quality of existing healthcare systems, and align capacities towards specialized services.

Cost of healthcare in Turkey

In Turkey, most hospitals and medical centers are public, so 84 percent of the country’s total spending on healthcare is covered by the government. Private insurance is rare, with only three percent of the population insured and 13 percent without any health insurance. The Ministry of Health (MoH) has implemented a “payment for performance” system, but it does have its limitations. There are 76 medical faculties throughout the country, and graduates typically spend about six years in school. In addition, less than 10 percent of medical graduates become specialists after finishing medical school. This means that medical students must undergo further training before becoming specialists, including residency, sub or supra-specialty training, and a year of professional experience.

One of the reasons why so many Europeans visit Turkey for medical care is the cheaper costs. Medical procedures in Turkey are forty to fifty percent less expensive than in the EU and US. A nose surgery in the UK costs six thousand dollars, whereas coronary angioplasty costs fifteen thousand dollars. This means that the quality of care is equally high, and the costs are incredibly affordable. Even better, many patients who have been denied medical treatment in their home countries will find their costs more than ten times less.

The Health Transformation Program (HTP) of the Turkish Government has benefited the country’s health system through enhanced healthcare coverage, improved financing and financial protection, and increased user satisfaction. In 2012, 98 percent of the Turkish population had access to healthcare, and there were visible improvements in health outcomes: infant mortality rates fell from 26 to 12 per 1,000 births; life expectancy rose from 66 to 74 years; and outpatient physician visits increased from 3.1 to 8.2 per year. Most of these successes are a direct result of reforms undertaken during the initial phase of HTP.

Syrian refugees in Turkey can no longer receive free healthcare due to the lack of proper documentation. The Turkish Ministry of Health reports that the registration process is based on personal identity numbers beginning with 99. As a result, Syrian refugees were unable to receive medical care until they had re-registered. Although it is widely believed that re-registration takes place all year round, multiple stakeholders report that it is only possible at certain times of the year.